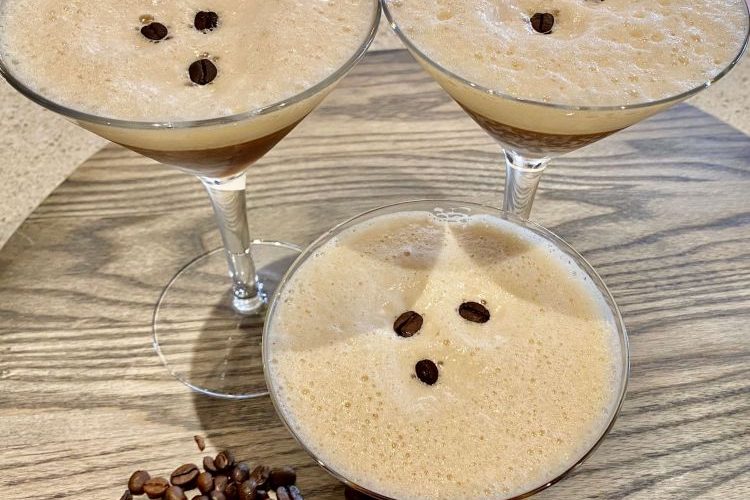 There are several claims for the origin of the espresso martini. One of the more common claims is that it was created by Dick Bradsell in the late 1980s while at Freds Club in London for a young lady who asked for something that would, “Wake me up, and then screw me up.” Bradsell has confirmed this in a widely-circulated video. Bradsell has also been quoted about the circumstances of his invention of the drink, “The coffee machine at the Soho Brasseries was right next to the station where I served drinks. It was a nightmare, as there were coffee grounds everywhere, so coffee was very much on my mind.”

The recipes for an espresso martini vary depending on the source. Traditionally, they include Kahlua or Tia Maria.

Did you make this recipe?