Dakos (Nτάκος) is a well-known Greek appetizer served with tsipouro or ouzo.  It originates from Crete and is delicious, healthy and extremely moreish. The base of  Dakos is Cretan barley rusks which are made out of whole grain barley flour, water and salt. They are hard in texture and very healthy.  Dakos comprises of simple ingredients, comprising of olive oil, tomato, and crumbled cheese(s), traditionally this cheese is Cretan but you often see it (outside of Crete) made with feta and ricotta.

Serve with tsipouro or ouzo. 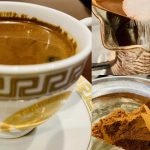 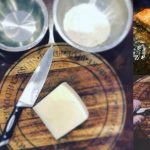 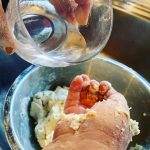